This week finds us diving back into the world of independent South African music where we find a 21-year-old with one of the more singular voices I’ve heard in this generation, Sam Fisher. Fisher is a full-time self-proclaimed rap-sanger most commonly known as one of the members of We$Gang, West Rand’s own hip-hop collective. He recently dropped his first solo body of work with The Blukkie Jam Demo. Fisher’s distinctive tone has worked well as a great source for personality and embellishment within We$Gang’s output but if The Blukkie Jam Demo is any indication, his talents are a lot more varied.

Music has played a major role throughout his life. As the son of a pastor and worship leader, he grew up playing within the church band and was proficient in drums and keyboard. One of Fisher’s greatest qualities, both within We$Gang and as a soloist, is his vocal phrasing. He takes great care with his delivery of lyrics; each line feels considered, not only in the cadence but in the style as well. That type of consideration showcases a maturity and understanding of vocal dynamics not commonly used or seen amongst Fisher’s popular hip-hop contemporaries. Talk Dat Jazz is a great showcase of that skill by itself but when compared to the vocal performances given in Tired, Professor Finesser or Eldos, you get a sense of the breadth of his chameleon-like versatility. With more finessing, Fisher’s vocal abilities coupled with his distinctive tone showcase his potential to become an indelible force in music amongst his peers. 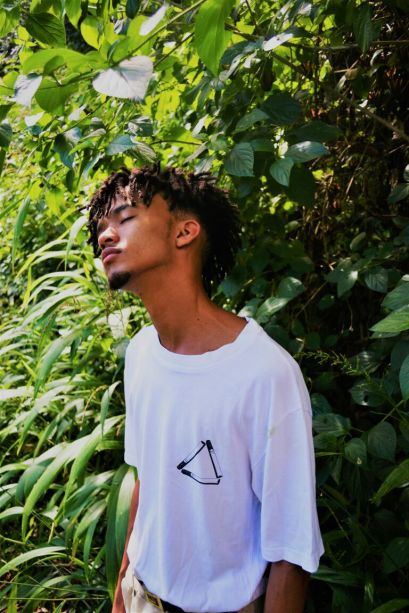 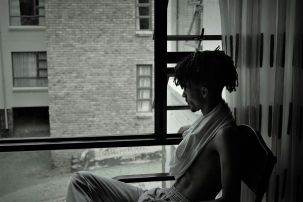 Sonically, The Blukkie Jam Demo is a cohesive blend of jazz, house and classic hip-hop that reads like a throwback summer record. Fisher’s lyrical themes and flows serve to innovate that blend for a younger audience. Lyrically, the mixtape frames Fisher as a smooth-talking bachelor that craves relationship comforts but is also scared of commitment. Butter, the first song, is canon braggadocio hip-hop with a house twist. It works as a confident introduction to Fisher as a smooth operator on the come up. Nonsensical Freestyle finds him introspectively musing on various topics including that of fearing commitment. Professor Finesser sees him reverting to the smooth operator cooing himself into some NSA fun. Tired explores his current state with love and how he views himself on the losing spectrum; recounting on numerous failed conquests and how he craves companionship but can’t seem to attain it. Talk Dat Jazz blazes through as Fisher looks forward to the future in general and with his conquests; he even leaves her hints of the types of things he likes. Sam Fisher has great qualities necessary to be a durable star and The Blukkie Jam Demo is a solid introduction to him as a solo artist. Only time will tell if his career will be as smooth as butter, but I am definitely here for it.