Youth Day Weekend has been one of the most action-packed weekends of the year for hip-hop consumers, both internationally and locally. South African mainstays AKA and Stogie T released Touch My Blood and God’s Eye on the same day that Nas made his highly anticipated comeback with his self-titled album. Beyonce and Jay-Z broke the internet again with the surprise release of their first joint effort Everything is Love. In the midst of all these hyped up releases by commercial and critical juggernauts, the release I’m most compelled by came way of The Wrecking Crew’s A-Reece, Ecco & Wordz’ project Long Lost Letters, the topic of this feature. 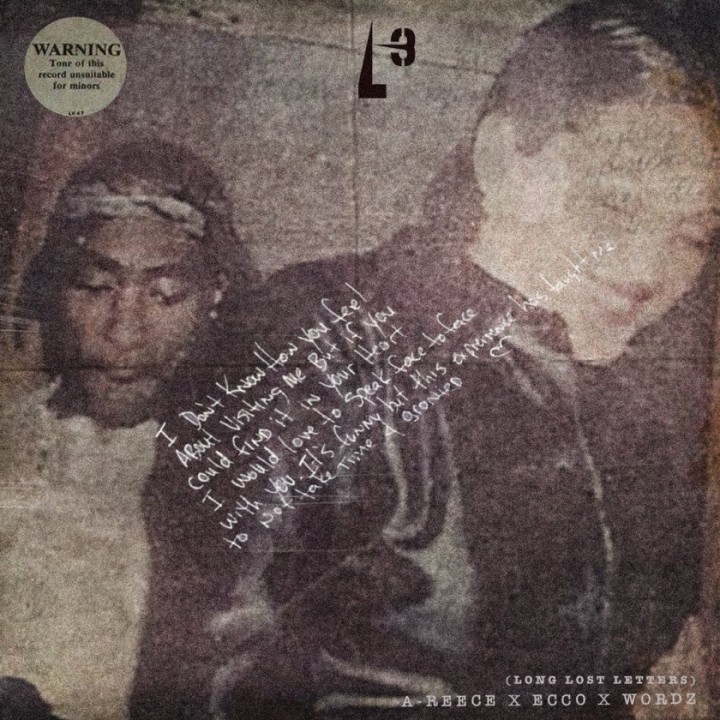 As a concept, Long Lost Letters, hereby referred to as L3, directly links itself and homages Tupac in multiple ways. From the cover art to tracks like Dark Daze and Juliet Rose which take direct excerpts from legendary entertainer’s interviews and a scene from Poetic Justice respectively. L3 was put together in 7 days, mirroring Tupac’s final album The Don Killuminati: The 7 Day Theory which was also completed in the same time frame. Tupac seems to be a focal point not only as a source of inspiration but as a framing device for where these rising stars are at this stage of their career. L3 starts with an excerpt (see first 30 seconds of linked interview) of Tupac explaining how his persona appeals across races to a great deal of young adults in transition, the transition being: “…that change right before you go from being eighteen and unresponsible [sic] to where you go to be like twenty one/twenty two and the whole world is on your shoulders.” This excerpt serves as a clear mission and vision statement of who they are and the audience they represent. With that mission statement in mind, A-Reece, Ecco & Wordz expertly explore major themes which resonate within this transitional space.

Sonically, the album serves as a great merger of classical hip-hop littered with modern sensibilities and references. The themes most followed through are those of independence and young love and almost reads within three acts. The first act serves to reveal the low and highlights of their journey leading up to this point before introducing to their current situation. Tracks 4 – 6 finds them revelling in the joy of young love and their current relationships. The final tracks assert their confidence as a force about to stake their claims to greatness.

All in their early 20’s and independent, The Wrecking Crew produced one of the most cohesive sets this year with L3. This weekend they managed to hold their ground against juggernauts and with their momentum it won’t be too long until they are the juggernauts themselves.

You can download/stream L3 here.