The South African creative industry is growing, both in scope and depth, but getting a foot in the door is one of the hardest things to do if you don’t know the right people. With the industries being incredibly small, credibility becomes a rather strong and elusive commodity to gain when starting out. The digital era has reduced the barrier to entry for a lot of young and/or independent freelancers, from fine artists all the way to sound engineers. You can see one of the ways by the influx of directors and cinematographers entering the music video space, a topic that’s we’ve already discussed. Today’s piece covers a digital platform that not only aims to speak to these influx of creatives, but also aims to provide a space which legitimizes their efforts. Credipple, which was derived from the belief that credibility has a ripple effect, is an online recognition tool aimed at helping creatives build their credibility. Credipple positions itself as a home for creatives. Born from the minds Lethabo Sekhu (25), Kgololo Lekoma (26), and Sibusiso Manentsa (26), the idea bore from the want to create a better space for creative practitioners to build and display a digital portfolio as well as collaborate.

Whilst the barrier to entry may have drastically decreased, attaining visibility within one’s craft has become a lot harder amongst the sea of noise found in social media platforms like Instagram, Vimeo and YouTube. One’s not only competing for attention against the likes of seasoned celebrities, but they also run the risk of having their work plagiarised without much recourse or knowledge of the encounter. Here’s an article that further breakdowns the susceptibility to digital plagiarism as well as the battle creatives face with credit.

At a base level, Credipple positions itself online as the ‘creatives’ answer to LinkedIn. A networking website geared towards fostering professional relationships. What sets itself apart though, is its immersion in fostering collaboration within the real world. For one, it offers a co-working space in Blairgowrie for its users and opening an account gives one free access to office space for two days. On top of that, Credipple launched its first campaign, Dreamers Wanted, at the end of the June with an introductory mixer.

Dreamers Wanted, a campaign that takes place at Cynic Memorial Park, finds Credipple trying to instill self-belief within creatives. A lot of creative jobs aren’t looked on as credible professions, regardless of the value they provide to society and thus a great part of a creative’s journey involves fighting against cynicism. Dreamers Wanted affords itself as a space to bring creative minds together to discover, recognise and collaborate amongst each other. The latest event manifested as a series of inter-house challenges, at the helm of each house are reputable professionals within the South African creative industry. Thembalethu Mfebe (Team Wolf) is a 26 year old director, Mail & Guardian 2018 Top 200 recipient, behind Mzansi Magic’s highest rated original film this year, Umqhele. Richard Lukunku (Team Gods), a top-class actor and director in some of South Africa’s top films and TV shows like Happiness is A Four Letter Word and iNumber iNumber. Sive Nkukwana (Team Bad and Boujee), a multi-faceted producer who’s worked on TV shows WTF Tumi and Craz-e. Finally, Xara Fourie (Team CCC), acclaimed photographer who’s worked for artists like Shane Eagle and Migos. 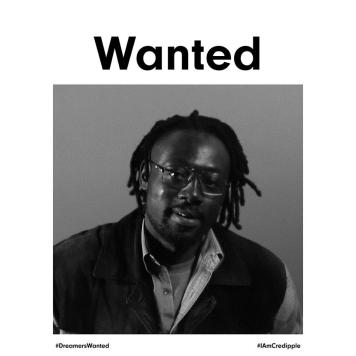 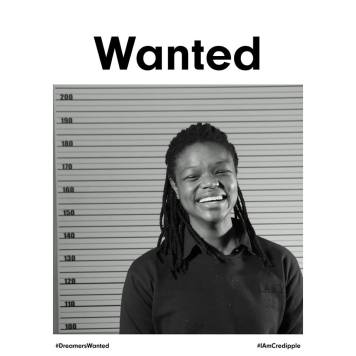 The type of immersion and collaboration that’s possible within campaigns like Dreamers Wanted is the type of work that helps curb conversations like #OpenUpTheIndustry. Collaboration fostered between veterans and new entrants not only allows for continuous innovation but when done right can cause for an increased level of progression in our country’s creative output. The more knowledge shared equates to better content because critical lessons are being learnt faster, and key connections are being made quicker. Credipple has the potential to be something special with its targeted sense of inclusion. A tool which if leveraged properly can help jumpstart the careers of some of the next generations greats. If you’re not in yet, I suggest you give it a try. 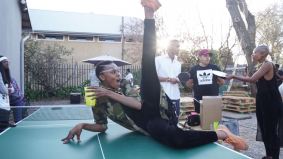 One thought on “Credipple: The Home For Creatives.”