It’s the end of the month and you have found yourself within New Doornfontein at a cafe steaming with the enticing aroma of coffee and youthful optimism. On-stage an aspirant musician tests out their set for the first time in-front of a dynamic crowd of young black creatives who have gathered to witness and support art. Off-stage and off-centre, a fine artist paints the musician on stage in real-time as you’re transfixed within this moment, this multi-media experience. It would seem that you have found yourself at DNT SLP’s monthly event Oddity, hosted at Hillbrewed Coffee; a space for creative exploration. 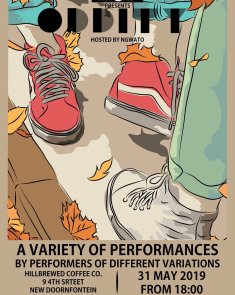 The journey to being a performing artist and/or performative creative can be an extremely daunting undertaking. There’s often a dichotomous balancing act at play between carving out one’s way of artistic expression and making it consumable for an external audience. It’s an arduous trial and error process that needs consistent feedback for quality performers and live entertainment to be cultivated however the spaces for that type of data are often scarce outside of one’s organic reach. Created by Ngwato Mamiane, Oddity is an open-mic type of event for creatives across the performance spectrum that aims to ease that journey by providing a first step or a space for refinery.

Within the event’s 5-month history poets, rappers, singers, fine artists, dancers and more have all come through and graced the stage in efforts of refinery or at the very least breaking the seal of performing live. An essential part of the experience is how patient and giving the audience tends to be as it allows for expressively unique and raw moments. This is especially true for first time performers as was the case for Word Flow, a teenage female emcee, who performed at Oddity III. Overcome with anxiety whilst delivering a song that was about blazing your own path despite your fears, it took her 5 attempts to complete her performance because she was backed by an audience willing to listen. With each attempt grew more confidence as she started to embody the story she was selling us until she triumphantly performed the song to its end to appreciative applause and thereafter going to deliver more songs without incident. What was collectively witnessed and nurtured was a first step not only in overcoming a fear but possibly actualizing her potential. Interspersed within these first steps are moments of refinery as a flurry of catalogued independent creatives come to build their sets and/or get to experiment; from indie darlings, like Leo, Omaluhk and Mamiane sharpening their entertainment to fine artists like Mfundo Mthiyane experimenting with different forms of their crafts live. Every show is a mixed bag of performances of artists at different stages of their journey and proactively trying to better themselves, you could have come in for a spoken-word piece and left having experienced a silhouetted interpretive dance, Swahili rap or the next great house groove.

Debut Performer @mc_kibz has all the right energies for a Friday. || Oddity IV 🍃 DUNDA, DUNDA, DUNDA 🔥🔥🔥

The value in community building and allowance for experimenting spaces like Oddity offer can often be understated, but it’s these type of initiatives that directly grow various facets of our industry. Borne out of a lack of performance space, Oddity has now built itself as a space that will likely house a healthy number of this country’s future innovative superstars, if it isn’t already. So if you’re in the mood for a good cup of coffee or a touch of creative optimism, go to the next Oddity experience for a taste of creative exploration. 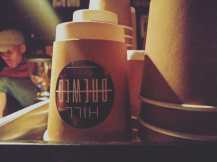 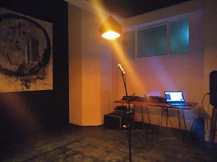 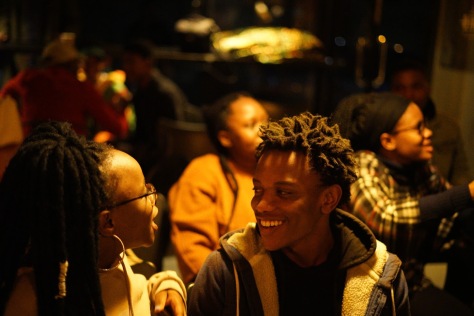