Written in his name lies what you can expect from this artist. The afro has oft been an image of beauty, struggle and rebellion; a reclamation of power and identity. Hailing from the 013, Mpumalanga, Benny Afroe exudes these traits as much with his music as he does with his image. His debut EP, Jupiter, tells the story of a young man at a crossroads with his life, love and career. The underdog ready to strike is a common theme running through his first body of work, the thrill of a forthcoming ascension as well as the fear of what may come with it. At just 23 years old this week’s feature stands at the beginning of what looks like an extraordinary career.

Benny Afroe is an incredibly versatile talent; a vocalist, rapper, lyricist and a multi-instrumentalist just to name a few. Jupiter, his debut body of work, is a solid showcase of his diverse talents. Jupiter sonically reads like a great summer record; a fusion of modern hip-hop, trap, afro-soul and R&B. The lead single Doing the Tings, a flirtatiously danceable mid-tempo romp, is a logical follow-up to his 2017 hit Am Back. It showcases his deft understanding of modern trends; multiple irresistible and interactive hooks, instant one-liners, a hint of braggadocio and vocal riffs/flourishes running through the backing track. A fan of hooks may find it hard to not sing “We should be!” at the apex of the chorus. 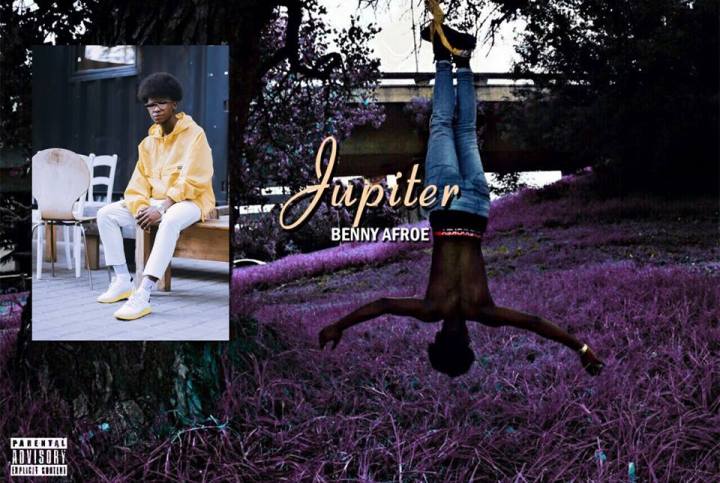 Although Doing The Tings is immediately catchy and recognizable, Afroe’s talents are best showcased on his subtler efforts Blow It Up and Rock Your Soul. Blow It Up displays Afroe at his lyrical and vocal best on Jupiter’s most experimental track. The track’s lush and comforting production contrasts Afroe’s arresting vocal as he picks up the pieces of a failed dream. Add on the vocal harmonies and Blow It Up proves itself to be a rewardingly intricate listen that deepens and intensifies with every play. Rock Your Soul finds Afroe taking account of his present life whilst looking to his future aspirations; being an out of this world performer. Jupiter shows that he has all the necessary ingredients to ascend to such greatness as he continues to sharpen his varied skills. His EP displays a sense of identity and accomplishment rarely seen in such debut efforts and his sense of fashion only adds to his potential and singularity. 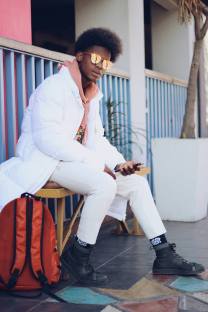 About to travel to Thailand to shoot his music video and tour, Benny Afroe is a man on a mission. Paraphrasing the words of his single Doing The Tings, don’t sleep on this brother.