There’s a transcendent feeling that happens when a piece of work is able to not only capture one’s imagination, but spark something within it. Carl Sagan, pioneering astronomer, once said, ‘Imagination will often carry us to worlds that never were. But without it we go nowhere.’ 2018 has been filled with such moments for me such as Beychella, going to the cinema multiple times to see Atandwa Kani go toe-to-toe with Sterling K. Brown in this year’s 2nd highest grossing film or even screaming MUFASA within a crowd with thousands as Cassper completely obliterated the Global Citizen stage. In this specific article I want to focus on one of those works, a collaboration between one of my favourite artists and production companies.

Shane Eagle has steadily built up a reputation as one of the most forward thinking artists we have around whilst CIDE FX are one of the few masters of concept music videos we have that are poised to create cinematic wonders (I’ve previously dissected their work here). Eagle and CIDE FX have an incredibly synergistic relationship that elevates with each production, from the French new-wave esque Julia to Let It Flow; a music video in which the visual style continues to be replicated to great effect today. Their latest production continues that trend but elevates it to a feat all on its own and to paraphrase Sagan, it transports us to a world that truthfully never was. 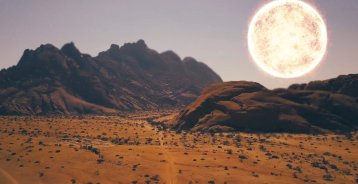 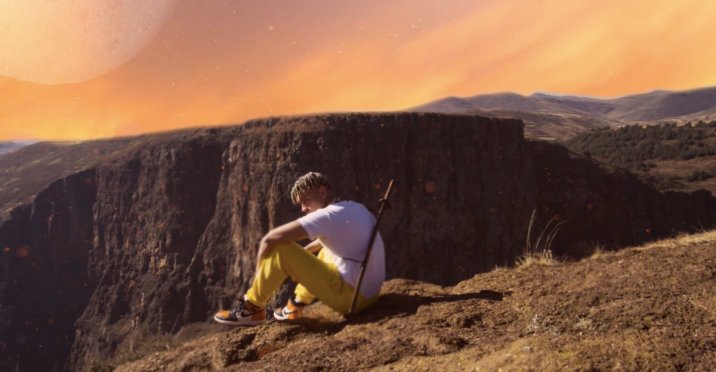 YellowVerse is a music film, coming in at a staggering 15 minutes and 14 seconds, that sees Eagle voyaging across his own universe, the Yellow Verse. Created by Shane Eagle, Conceptually the film travels across 5 different celestial bodies; Betelguese, Bellatrix, Super Earth, Planet Love and Moon, four of which are tied to documented astronomy, Planet Love being the exception that holds different meaning. Planet Love was an annual Northern Ireland music festival that was held at a place called Shane’s Castle, a perfect allegory/Easter Egg for this project and his fans if one ever existed. The film serves as the perfect canvas for CIDE FX team to fully flex and showcase a lot of the tools they have in their arsenal. The YellowVerse filming was a guerrilla shoot in Lesotho. Shot in the space of two days,the creative team had to be firing on all cylinders to pull off this feat. Done under the guidance of pedigree producers Mohau Mamafha and Bokang Phelane, first-time locations manager Neo Sehlabane found some of the most exquisite locations to represent the world that is YellowVerse.  Papama Tungela (Director of Photography) and Believe Moyo (Drone Operator/Lighting) provided some of their most inspired work, leaving VFX team Rofhiwa Mulaudzi and Tshepo Selematsela the space to build the YellowVerse visual we now see under ArmsDeal‘s direction.

Shane Eagle’s single Moon serves as the backbone to this project and is fittingly given the closing slot. Written as a tag at the end of the video as well as within a white hoodie he wears the throughout the video, Moon provides the key phrase that serves as the project’s mission statement; Africa is not a jungle. A statement that speaks against the stereotype that our continent lives within a pre-modern and jungle state. YellowVerse speaks to this visually by showcasing a wide array of the different landscapes and terrains this continent affords us and the quality of the production combined with the VFX elevates that and speaks to the skill of the people behind it. What’s really exciting and compelling for me, is what a production like this means for our future. Grand feats like these push the boundaries of what we believe to be possible and allow us to not only dream bigger but operate on a different level. For Shane Eagle to be creating such high level concepts this early in his career sets a tone of growth that ripples for him and for other artists. Like Let It Flow before, YellowVerse will find more artists and practitioners investing in higher-concept music videos and effects which in turn will feed into other aspects of our industry, a concept I discuss further here. Gloria Steinem once said, ‘That without leaps of imagination, or dreaming, we lose the excitement of possibilities. Dreaming, after all, is a form of planning’. If YellowVerse is any indication of the future, Shane Eagle and CIDEFX are planning to take over and change the game.